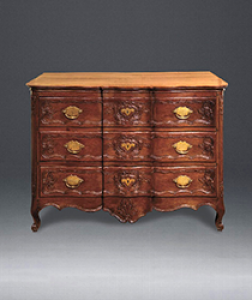 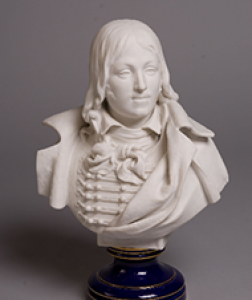 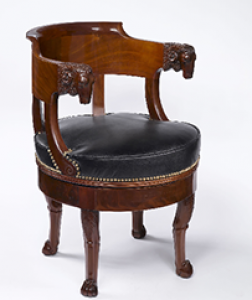 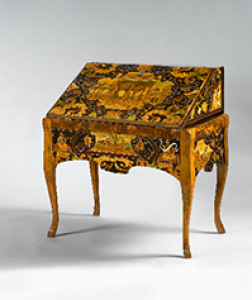 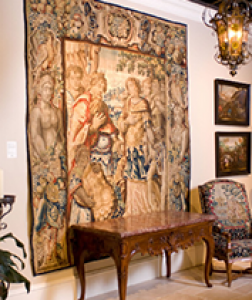 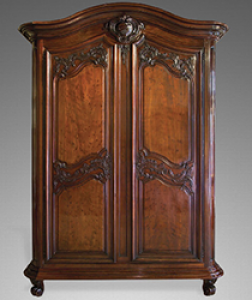 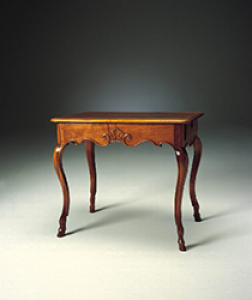 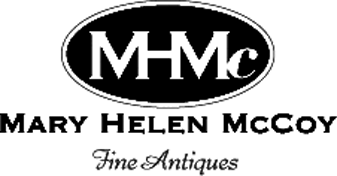 Mary Helen McCoy is a woman with a mission that is, to deliver to her clients the ultimate in period furniture and decorative arts. Her firm is considered one of the nation’s premier sources for fine and unusual, period, 17th-19th century, French furniture and decorative arts with an emphasis on the finest period, 18th century French furniture. The firm is located in Memphis, Tennessee.

A native of Birmingham, Ala., McCoy grew up in an environment rich in culture and the decorative arts. Her mother and grandmother exposed her to European and southern traditions at an early age which nurtured her love of beautiful things.

McCoy began her antiques career in 1987 with Wardemond Galleries in Birmingham as the manager and buyer. She traveled extensively searching for antique furniture and decorative arts in England and at auctions in New York City. In early 1990, she went to France to buy for the first time. The trip was seminal. She fell in love with French antiques and embarked on a path that was to culminate in her becoming one of the foremost dealers in French antiques.

McCoy established her own business in late 1990. She began amassing an extensive library as part of her unceasing pursuit of knowledge. More importantly she took on high-end, design jobs which included privately procuring fine antiques and art for select clients. She was retained by her clients to work side by side with architects and landscape designers on several projects to furnish an enormous variety of architectural and garden elements. During the period between 1990 and 1997 while she bought and sold privately, she brought into this country wonderful examples of the finest eighteenth century French furnishings. After years trying to prove to the bankers in her community that she was not working as a hobby as many Southern ladies do, she opened her first gallery. As a result of her professionalism in the French marketplace several dealers sponsored her membership into the prestigious Syndicat National des Antiquaires in 2000. Today, Mary Helen McCoy Fine Antiques is one of only 14 firms in the United States that is a member and the only member outside New York. In 2002 the firm joined The Art and Antique Dealers League of America and the Confederation Internationale des Negociants en Oeuvres d’Art. McCoy was asked to become a member of The National Antique & Art Dealers Association of America, Inc. in 2008. Her membership in NAADAA came as a big surprise since many of the firms represented in this organization have been established for a longer period of time. Membership in all these organizations is reviewed annually so as to maintain the highest ethical standards. They represent the foremost respect a dealer can obtain and McCoy’s hard-earned acceptance into the largely male-dominated world of French antique dealers.

Mary Helen McCoy Fine Antiques has exhibited in prominent, national and international fine art and antiques fairs including The International Fine Art and Antique Dealers Show and the Connoisseur’s Antiques Fair in New York City, Palm Beach | America’s International Fine Art and Antiques Fair in West Palm Beach, Fla., and the Charleston International Antiques Show in Charleston, S.C. Currently as a member of the board of The Art and Antique Dealers League of America she is actively involved with the The Spring Show NYC at the Park Avenue Armory. The firm has been featured in many national and international publications such as Architectural Digest, Traditional Home, Le Figaro, Connaissance des arts, The New York Times, The Palm Beach Post, Art + Auction, The Magazine Antiques, The Catalog of Antiques & Fine Art, The Antiques Trade Gazette, Maine Antique Digest, Southern Accents, Veranda, Forbes Life, and Charleston Style and Design.

Always an active participant in community affairs, While in Birmingham, Mary Helen served on many cultural boards which resulted in her selection to The Women’s Committee of 100 for Birmingham. Her favorite projects have always been with The Birmingham Museum of Art from her art classes at six years old to her Presidency of The Members Board. As a former Trustee of the Birmingham Museum of Art she also served on the acquisition committee. In Memphis, she is a member of the Brooks Museum Decorative Arts Trust. Mary Helen is also a dedicated member of the French Heritage Society, New York City Chapter, and supports the Metropolitan Museum of Art.