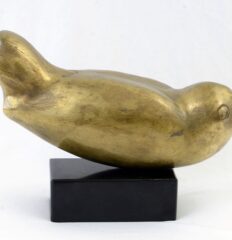 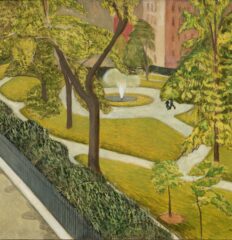 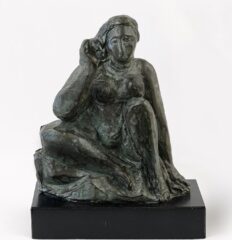 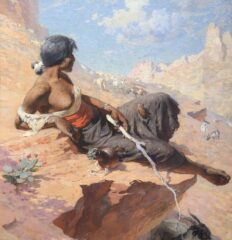 Betty Krulik has over 35 years of experience in the handling of American and European 19th and 20th Century art; she has sold to and on behalf of major collectors and museums around the nation. She has acted as appraiser for corporate and institutional collections as well as private collectors.

Her specialty is American Art, yet in her 8 years at Christies she handled European Old Masters and 19th Century works as well as Contemporary Art.

She began her career in 1976 as Gallery Director of Marbella Gallery, 903 Madison Avenue, New York, NY for 2 years. There she learned the business from the ground up, doing inventory control, bookkeeping, sales, and research.

In 1978 she went to Christie’s where she became Head of Paintings Departments, an Assistant Vice President, Christie’s East, 219 East 67th Street, New York, NY 10021 for 8 years.  Responsibilities included business getting, appraisal, cataloguing of paintings, works of art on paper, and sculpture, of the 17, 18th 19th and Early 20th Centuries European and American.

In 1987, she became Director of Spanierman/Drawings, 45 East 58th Street, New York, NY 10022, where she worked for 14 years. At Spanierman Gallery, LLC she specialized in important American Works of Art of the 19th and 20th centuries and has been at the forefront of research in the field, as well as being known as one of the major outlets for American Art.  During her tenure at Spanierman Gallery she curated many exhibitions including the museum quality shows of the work of William Merritt Chase, Willard Leroy Metcalf and the landmark exhibition, Arthur Wesley Dow: His Art and His Influence.

In 2001, she took the Directorship of the Department of American Art at Phillips, dePury and Luxembourg, 3 West 57th Street, New York NY 10019,  where she held the auctions of the famed Glen Foster Marine Art sale, and the world renowned Thyssen Bornemizsa collection, establishing world record prices in many sectors of American art.

In 2004 she began her business as Private Dealer, Art Advisory and Appraiser.  Ms. Krulik has handled the sales of important American art, from the Hudson River school to American Modernism.

She is Certified Member of the Appraisers Association of America, and serves on its board as Past-President. She also served on the Advisory Board of the Munson-Williams-Proctor Institute, in Utica, NY; is currently on the board of the American Friends of  Masterworks Museum of Bermudian Art. She is President of the William Merritt Chase Catalogue Raisonne committee, and on the advisory committee for the Thomas Wilmer Dewing Catalogue Raisonne. She has appeared as an appraiser on Antiques Roadshow, and has lectured at the Appraisers Association of America, New York University’s Continue and Professional Studies, as a panelist for International Institute for Conflict Prevention and Resolution (CPR), New York County Lawyers Association, and for Museum and University groups around the nation. She is on the Personal Property Resource Panel of the Appraisal Foundation (a non‐profit organization dedicated to the advancement of professional valuation). She serves on the Frick Scholars Research Committee at the Frick Art Reference Library, in New York. She is a member in the prestigious Private Art Dealers Association. Most recently, she has become project manager for the Willard Leroy Metcalf Catalogue Raisonne Project, Inc.