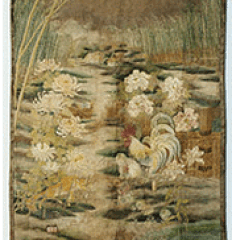 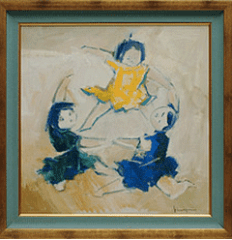 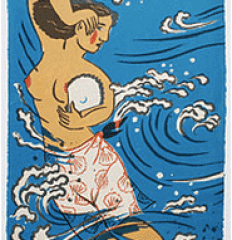 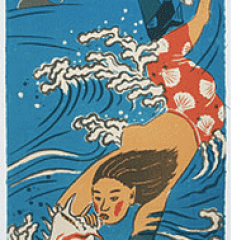 Robyn began his career in the art world as an artist himself, creating sculptures in stone and mixed metals. He opened a small gallery on the Big Island of Hawaii in 1976 which featured works by local Hawaii artists as well as Japanese antiques. In 1978, most of the town of Ola (Keaau) was burned down and the Buntin family moved to Japan. After four years in Japan, Robyn and his wife Judy as well as his son Tusha and daughter Aisha returned to Hawaii, and settled in Honolulu. During their residency in Japan, Robyn had acquired a sizable inventory of Japanese antiques and upon their return, opened a store in Eaton Square in Waikiki. The location soon proved to be too small and another gallery was added in Chinatown, on the corner of Nimitz and Maunakea Street. Another 15 years later, the gallery was relocated to its current place on Beretania Street, conveniently located close to the Honolulu Academy of Arts.

Robyn studied fine art and psychology at the University of California, Berkeley. His years of experience in the art world has given him expertise in the fields of Japanese and Chinese art with his specialties being Buddhist art and sculpture as well as antique Chinese jade.