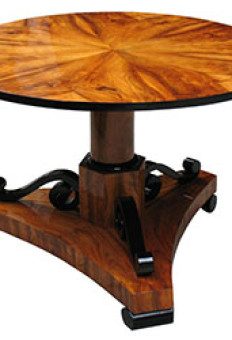 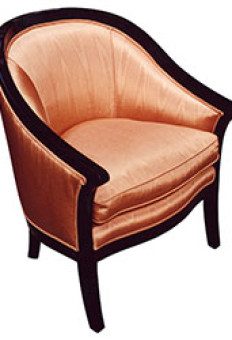 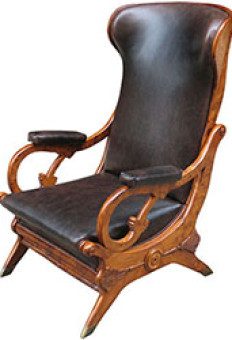 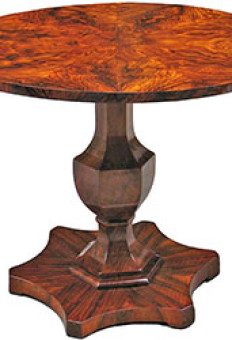 In his first life Heinrich Heinz Leichter worked as an advertising executive for several large and prestigious international advertising agencies in Frankfurt, Germany. In the 1960s, at the height of his career, he fell in love with Biedermeier furniture. Heinz started collecting, and became fascinated with the history of the Biedermeier period and began to do extensive research. Finally, he decided to become a dealer in his spare time.

In the early 1970s Heinz left his career in advertising and moved his part time company to midtown showrooms in Frankfurt, where he established the first Gallery for Biedermeier Furniture in Germany.

For the next fifteen years Heinz continuously did research and became a recognized expert and Ritter Antik was known as the leading authority and #1 dealer for Biedermeier Furniture in Germany. He broadened his theoretical knowledge at Johann Wolfgang Goethe University in Frankfurt. Motivated and supported by his professor, Heinz continued his work on his Biedermeier research project.

In 1987 Heinz came to New York City and opened a gallery on the Upper East Side. He moved in 1994 his store to a street level gallery in the village at 35 East 10th Street (between Broadway and University Place) where it continues to operate today.

After 18 years of serving the American market, Ritter Antik has become the leading authority and #1 dealer for Biedermeier Furniture in the United States.

Ritter Antik is proud to offer the largest and finest collection of true authentic Biedermeier furniture for sale in the U.S. (probably in the world). Each piece of its incredible basic inventory of over 350 pieces of furniture is on display in its 7,200 square foot, two level showroom at 35 East 10th Street, in New York City. Not all pieces are shown on its website, but the updating of the site will be speed-up.

Heinz celebrates his 46 year specializing in Biedermeier Furniture and has examined over 55,000 pieces of which only about 5,000 received his stamp of approval and were sold.

This hands-on experience, coupled with his experience as a 1980 Certified German Sworn Public Expert for Continental Antique Furniture, in serving Courts, Insurance Companies and the Public, and his extensive research enables him to knowledgeably purchase and selling the pieces. His unequalled inventory of over 350 pieces on display at the showroom in Manhattan reflects the accomplishments of an illustrious career and it is with great pleasure that Ritter Antik offers them to you.