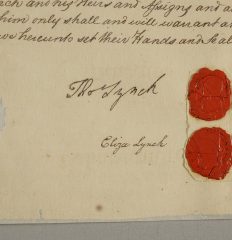 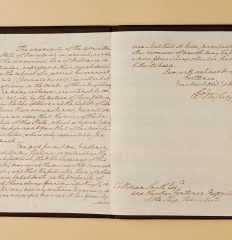 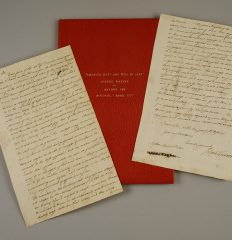 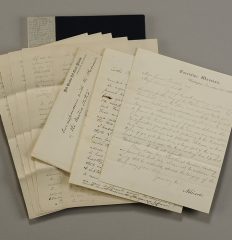 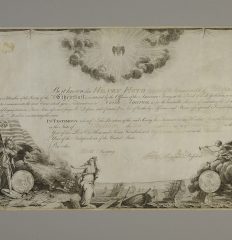 With over 48 years of experience and a record of integrity and fair treatment in the purchase and sale of American historical autographs, we can help serious collectors. Our customers include a number of major private collectors and most of the collecting institutions involved in our field. We maintain a stock of high quality manuscript material. We have issued more than 175 detailed catalogs well known for their accuracy.

THE REWARDS OF COLLECTING

So obvious it might be overlooked, collecting is a pleasant, relaxing diversion. We have already mentioned that the collector will become an expert in his field, however small. Certainly merely studying will enable one to know a subject, lets say John Adams or Irish literature. But owning a legal writ prepared by an ambitious young lawyer prior to the Revolution, or a letter about writing by James Joyce  these are undeniably things that keep the fires of interest burning!
Here is the challenge to enter a somewhat more difficult avocation than most. Autographs are not the lazy collectors hobby. With almost every item being different, there can be no guide to mark the way as in stamps and coins  the collector is left to find his or her own way, studying dealer offerings or often misleading auction records in lieu of the neat price guides of many fields of collecting. Taste is involved, and the courage of conviction. There is great satisfaction in this collecting by ones wits  and in joining an elite group that includes a number of prominent and accomplished people.

Are autographs an investment vehicle? They have been in the past. They have been praised by financial columnists and acquired solely as an investment. And with ever increasing demand and a supply that has definite limits, the ingredients for a continued increase in value are present.

Still, we prefer to stress that the principal rewards to be derived from collecting are the pleasures of gathering, preserving, and learning. Especially learning  in few other collecting hobbies are the opportunities for learning present to the extent that they are in autograph collecting.